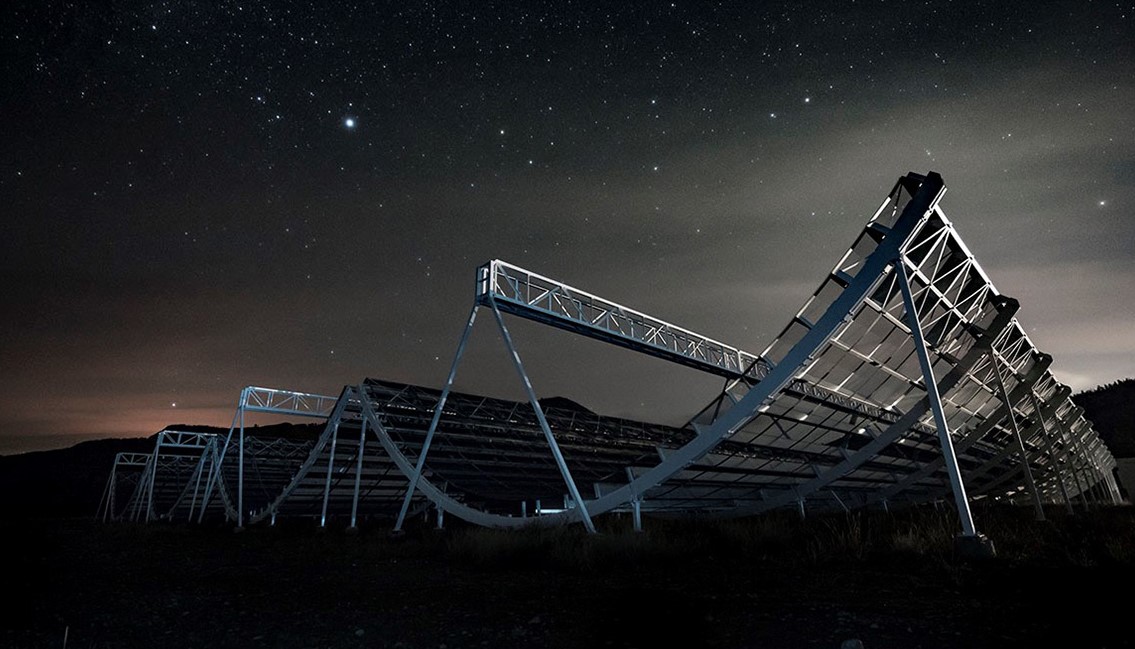 When University of Toronto astronomer Bryan Gaensler looks up at the night sky, he doesn’t just see stars – he sees data. Big data.

So big, in fact, that his current research tracking the baffling “fast radio bursts” (FRBs) that bombard Earth from across the universe requires the capture of more data per second than all of Canada’s internet traffic.

“This is probably the most exciting thing in astronomy right now, and it’s a complete mystery,” says Gaensler, director of U of T’s Dunlap Institute for Astronomy & Astrophysics and Canada Research Chair in Radio Astronomy. “Randomly, maybe once a minute, there’s this incredibly bright flash of radio waves – like a one-millisecond burst of static – from random directions all over the sky.

“We now know that they’re from very large distances, up to billions of light-years, so they must be incredibly powerful to be able to be seen this far away.”

Learn more about U of T’s Data Sciences Institute

U of T is a world leader in finding FRBs, using the multi-university CHIME radio telescope in British Columbia’s Okanagan region and a U of T supercomputer. Yet, despite the impressive technology, many daunting challenges remain.

With the creation of U of T’s Data Sciences Institute (DSI), Gaensler and his colleagues now have a new place to turn to for help. The institute is designed to help the university’s wealth of academic experts in a variety of disciplines team up with statisticians, computer scientists, data engineers and other digital experts to create powerful research results that can solve a wide range of problems – from shedding light on interstellar mysteries to finding life-saving genetic therapies.