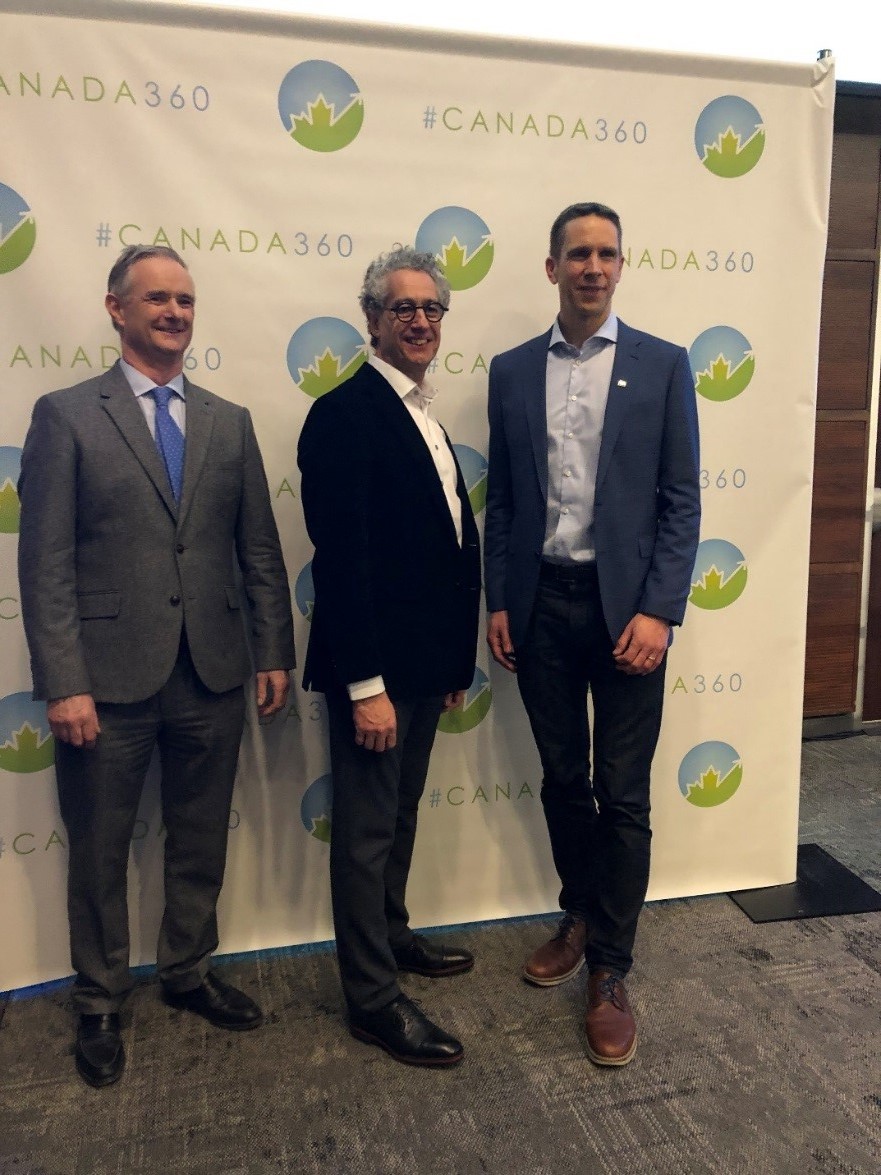 This January, U of T joined business and thought leaders at the Canada 360° Economic Summit, hosted by the Canadian Chamber of Commerce.

U of T participated in a debate on the fundamental differences between the New Economy versus Old Economy. Tomi Poutanen Chief AI Officer, TD and co-founder of the Vector Institute at U of T, argued that the new economy is dramatically different than the old economy because technology can drive exponential economic growth. The University of Toronto is a powerhouse of machine learning, artificial intelligence and advanced manufacturing in Canada. U of T is home to the Vector Institute, a public-private collaboration among our provincial and federal governments, the University of Toronto and industry partners.

The event also featured a fireside chat with Navdeep Bains, Federal Minister of Innovation, Science and Industry, and speeches from Ontario Premier Doug Ford, and Andrew Scheer, Leader of the Progressive Conservative Party of Canada. 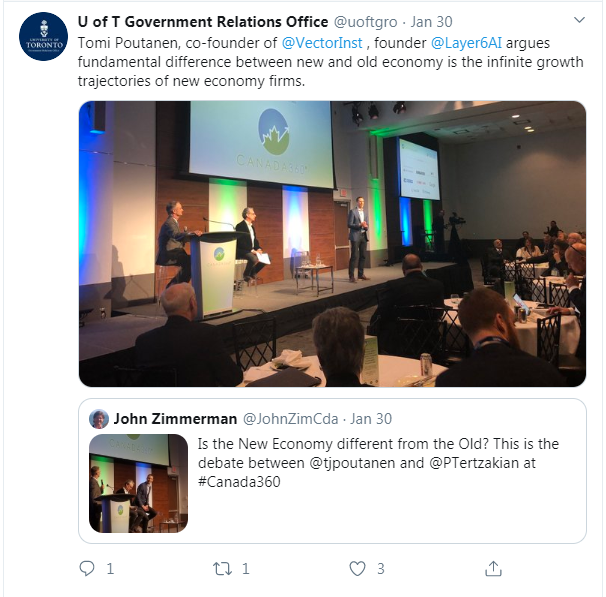